She named him Parker.

He was a baby bird who fell out of its nest and into the back yard of our house on Staten Island.  She found him out there, on the concrete next to our gas grill.  She called me outside to come see.

He was about the size of a peach, with a long thin beak.  One of his legs appeared to be injured.  I picked him up and set him atop our outdoor table.  We put him in a shoe box stuffed with shredded newspaper and cotton balls and tried to save his life. 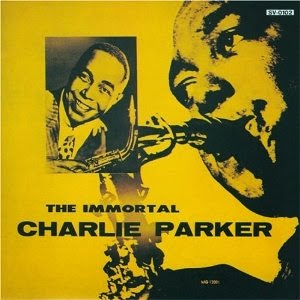 She named him after Charlie Parker.  The famous jazz musician.  The Bird.  Very clever.  She gave everything a name.  Cars, plants, stray animals.  And she loved music.  She dragged me to Dave Matthews Band concerts until I was grooving to "Cornbread" with the rest of the stoned whiteys, she bought me Tool's 10,000 Days on one of our first dates.

Music.  That's how we met.  She came to see one of my Q*Ball shows, at The Wicked Monk in Brooklyn.  I was single and I thought she was cute and I asked a mutual friend about her.  She had a boyfriend.  But there she was in the crowd a short while later, bouncing to my cover of A-Ha's "Take On Me," smiling up at me on-stage.   After the show, I gave her my Q*Ball business card.  She told me I was 'mad talented.'  We hugged and said goodbye.

She was a fan.

We wound up together in that house on Staten Island three years later - newly married, with our crazy Westie dog, Buttons, in tow.  I bought the detached ranch from an old Jewish couple who had lived in it for over 40 years.  I renovated the entire basement so I could expand my independent record label.  Bald Freak Music.  I would hire employees, start signing other acts and release more albums of my own.  I would write, record, and rehearse on my own property.

The following summer, she discovered Parker in our back yard.  She had a vegetable garden back there where she would often retreat after our many fights.  It calmed her - for a short time, at least.  I crushed up some pretzels and filled a shot glass with water and we left Parker outside in the shoe box atop the table.  Later that night, we fell asleep on opposite sides of our shared bed.

We both loved Soul Coughing, Deftones, The Doors.  She got me into Chuck Klosterman.  She was living with another guy when she came to that Q*Ball show with her friend and still she pursued me.  She wrote poetry about me.  She told me she was with a boy and she wanted to be with a Man.  I gave her my Love Is A Cliff speech.

I let Buttons out back to do his business before leaving for work and I checked on Parker.  The baby bird was still alive, chirping in the shoe box.  He had eaten some of the pretzels.  He seemed comfortable.  Maybe things would work out after all.  Because sometimes things work out. Because sometimes wounded birds can still be saved.

Weeknights, I would make her a music mix on my laptop and pour her wine while she cooked us a delicious dinner.  We saw The Beastie Boys in a small club in New York City, Faith No More in McCarren Park, Billy Joel at Shea Stadium.  We saw Nine Inch Nails play The Downward Spiral at Webster Hall, sweating and headbanging, arm-in-arm.  The next night at Terminal 5, we got into a screaming match in the middle of the crowd right before the show started.  We had to be separated by security in the outside hallway.  At one point, we were asked to leave unless we calmed down.

So too is life.  Later that morning, my phone rang.  It was her.  She was crying.

I sat in my office as she tearfully recounted Parker's final minutes.  She had gone out back to check on him just as I had a short while earlier.  Buttons was with her.  Parker was still in the shoe box atop the table.  He looked up at her, then jumped out of the box onto the ground below.  Parker took his fateful leap and fell prey to The Beast.

The Beast was Buttons.  She gave him that nickname - 'The Beast'.  She gave everything a name.  I wasn't there to witness the murder, but in that moment I imagine my dog did what dogs inherently do when they see a smaller living creature - mice, squirrels, insects.  Birds.  They chase - and often, they pounce.  Parker never had a chance to negotiate.

She wasn't home when I got back from work.  She didn't handle adversity well, but for once, I empathized.  I felt this overwhelming sadness when I went out into the yard.  She had left Parker's body in a paper bag atop the table.  The shoe box was gone, there was only the little bag with the little bird in it.

I got a shovel from the shed and dug a hole.  It was a hot July afternoon, I was sweating and crying as Buttons looked on.  I yelled at my dog through the tears, not caring if or what my neighbors heard.  They had likely heard worse during our time there, those bad moments that soon became the rule rather than the exception.  The slammed doors, the cursing, the threats.  I opened the bag and looked at the lifeless little bird inside and I broke down.  My marriage was over.  I knew in my heart that it was over.

She was no longer a fan.

She loved music but she didn't love that her man was a musician.  She had a good heart and I know she tried to do better.  She could have tried harder.  I know I could have too, but I no longer wanted to.  She had worn me down to the nub and I had turned into someone I no longer recognized.  Like that poor little bird, we couldn't be saved.

I asked her to leave and she did.  She took all my Simpsons DVDs and Calvin & Hobbes books, a lot of my CDs and even more of my money.  She didn't take Buttons.  I moved the piano into the middle of the living room, set up some microphones and a little audio mixer and I started making this album.

She was no longer an anchor.

We got together after Sandy.  First time we saw each other since the divorce.  It had been almost two years.  We shared a rice ball, a bottle of red wine and hurricane stories at Joe's of Avenue U.   I talked to her about my excitement over becoming an uncle.  I told her about the girl who had just screwed me over a month before the storm.  Talking to my ex-wife about another woman?  Surely these were different days.

I drove her back to her apartment, dropped her off.  "This was nice," I said.  We hugged and said goodbye.  I thought we might end up friends, but just like our marriage, it wasn't meant to be.

I often wonder how things may have turned out for Parker - for all of us - if, instead of dropping into a canine's clutches, he flew up and away to freedom.  Where would Parker be today if he went up instead of down?  Where would we all be?

We are all defined by the choices we make and the roads we dare journey down.  By the people who love us and by the people we choose to love.  I know in my heart that parting ways was the best medicine - not just for me, but for both of us.  I hope she's happier now.  I hope she has found peace with the choice I made.

A little bird dropped into our life for one night, reminding me that the only way I could fly was to fly away.  High above the trees. 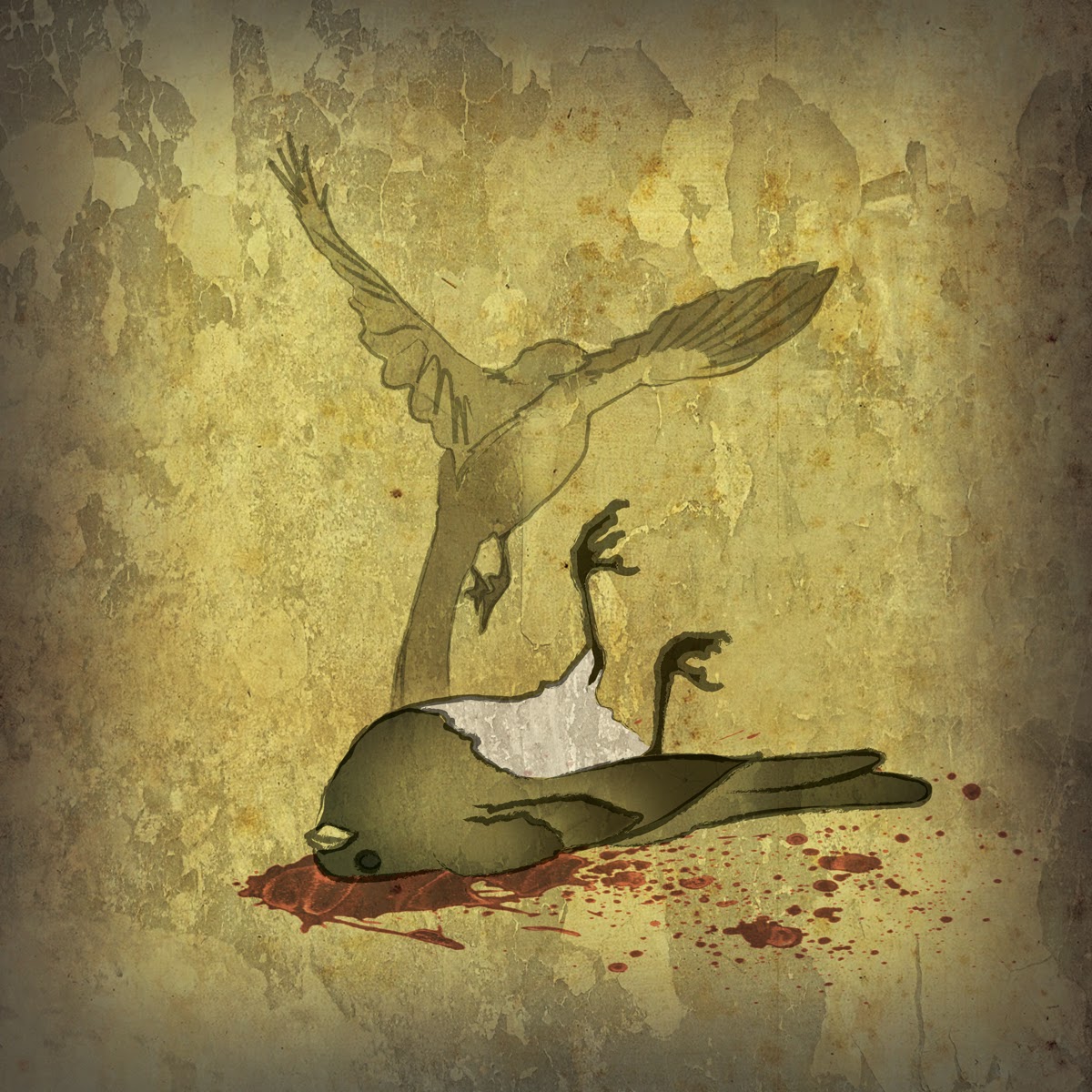 But I will always be your friend

In my dream you always fly away

Posted by Ron Scalzo at 7:29 PM No comments:

Who The Hell Am I?